~ for the Rucker bus.  Most of you know we have 9 kids and drive a 12 passenger van.  We love it. It is a big spectacle, we get lots of stares, and we’ve been told it looks like a “dad’bern giant toaster.”  But it is so comfortable for our family, and has been a terrific vehicle for 6 years now.  A little over a week ago, the rear AC stopped working.  In Texas, even in October, you can’t drive a dad’bern giant toaster full of children with no AC.   They get crispy quick!  So we took it to the dealership for repair.  That left me with no other options but a 6- seater truck to drive 7 kids around (7 kids PLUS ME).  Thankfully, we had no issues, and no onlookers did a head count and called CPS.  The bus was in the shop for a full week, but now it’s back and climate control restored.  It was a good exercise for all of us on FAMILY CLOSENESS.  And now we have RENEWED APPRECIATION for our spacious bus!

~ Bear is most especially grateful that the bus is fixed.  With so many kiddos illegally crammed in a sardine can, there was most definitely no room for a giant, hairy muppet!  He missed out on his rides to and from school, and is glad to be my co-pilot once more.

~ for a special Kindergarten Special Kid week.  This is always the highlight of any Kindergartener at GCS.  And this was Sawyer’s turn.  He has talked about it “coming up” for at least 2 weeks, counting down the days with such anticipation.  THIS KID WAS EXCITED!!!  Each day was a different fun thing: Monday, he brought his poster.

Thursday was “bring-a-special-snack-and-an-award.  So that meant fudgy brownies and Beads of Courage.  It’s more and more remarkable to see Sawyer growing up into himself as he boldly and openly shares his story in front of his peers.  “I had cancer in my blood when I was a baby.  I had to take chemo and all my hair falled out.”  His classmates asked several questions about the beads, amazed at the number of white chemo beads and green hospital stay beads.  Sawyer showed them the black beads representing all the pokes, shots, and port accesses he had over the years.  He laughed, “some of my medicines made me get big chubby cheeks.”  It was a very impactful presentation by a remarkable boy.

Friday was “Family Day,” and as many of us as were able gathered in the tiny chairs at the front of his classroom to share what we love about him.   Another simple day that we have celebrated with each of our kiddos, that now has so much more meaning, because we didn’t know if he would be here.

~ for crispy BBQ chicken legs fresh off the grill.

~ for Cooper’s team coming back from Gilmer with a win!  Go Cougars!

~ for friends who have donated for the Children’s Hospital Prize Closet Toy Drive.  Our friend, warrior Mama, and eloquent advocate and writer Shelby (also known as Sophie the Brave’s mom, and now Baby Connor’s Mom) shared the request on her FB page, and we had a great response of donations in Sophie’s honor.  We are definitely still in need. We’ve got a week left and we are definitely behind from last year’s toy donation.  There’s still time to drop of toys in Tyler or Carthage (contact me!) or you can donate via www.goldnetworkoet.com/donate and we will shop for you!  Thank you so much for all who have already given so generously.

~ for one of the most epically successful hauls in my Large Item Trash Pickup weeks of all time!  I found table legs, finials, a vintage film box, a coffee table top that will make a perfect sign, 2 dining chairs (that we needed to replace 2 broken ones), a great stack of wide plank reclaimed wood, several great baskets, and a beautiful 9 foot Christmas tree!   Oh how I love treasure week! 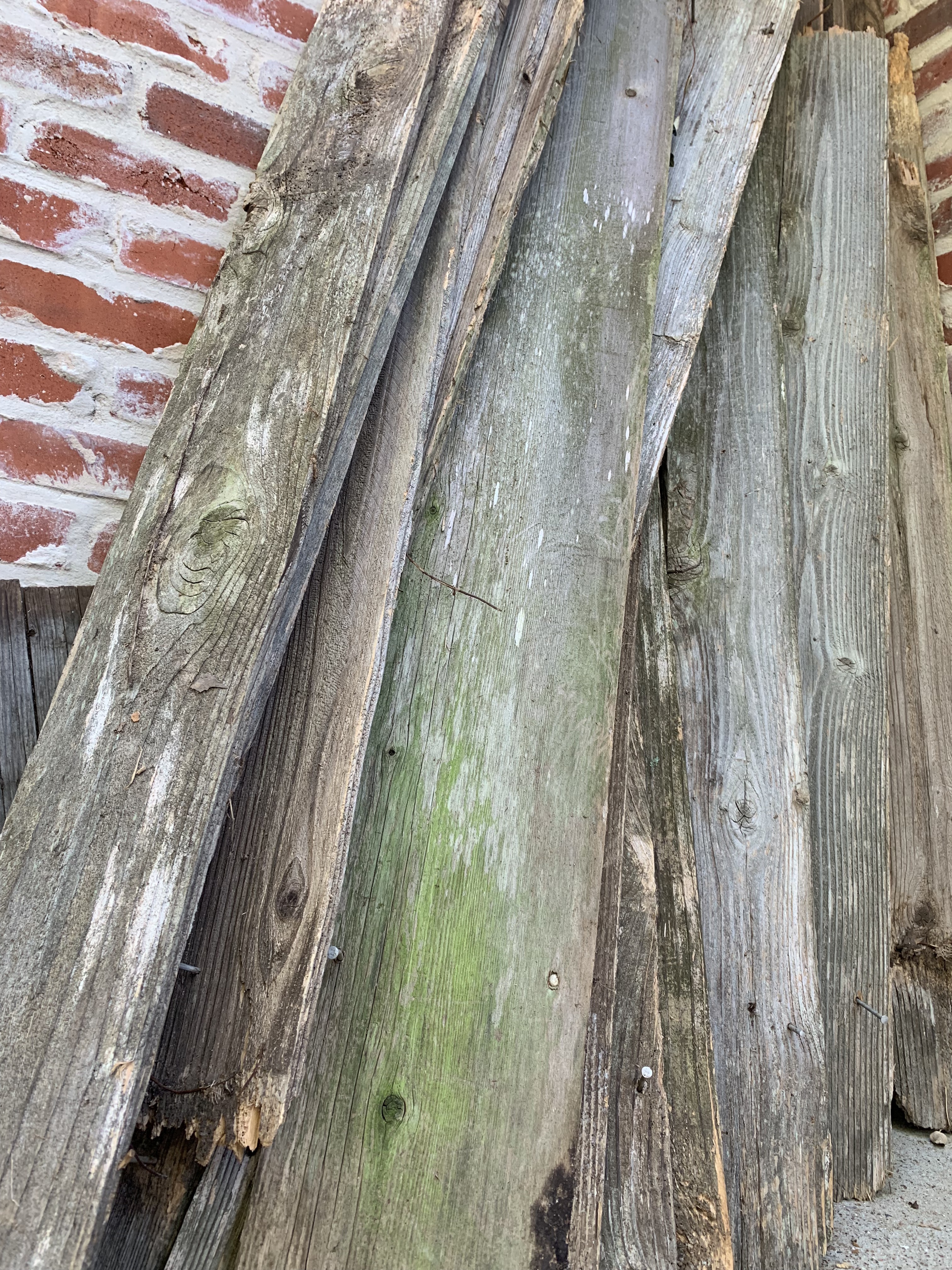 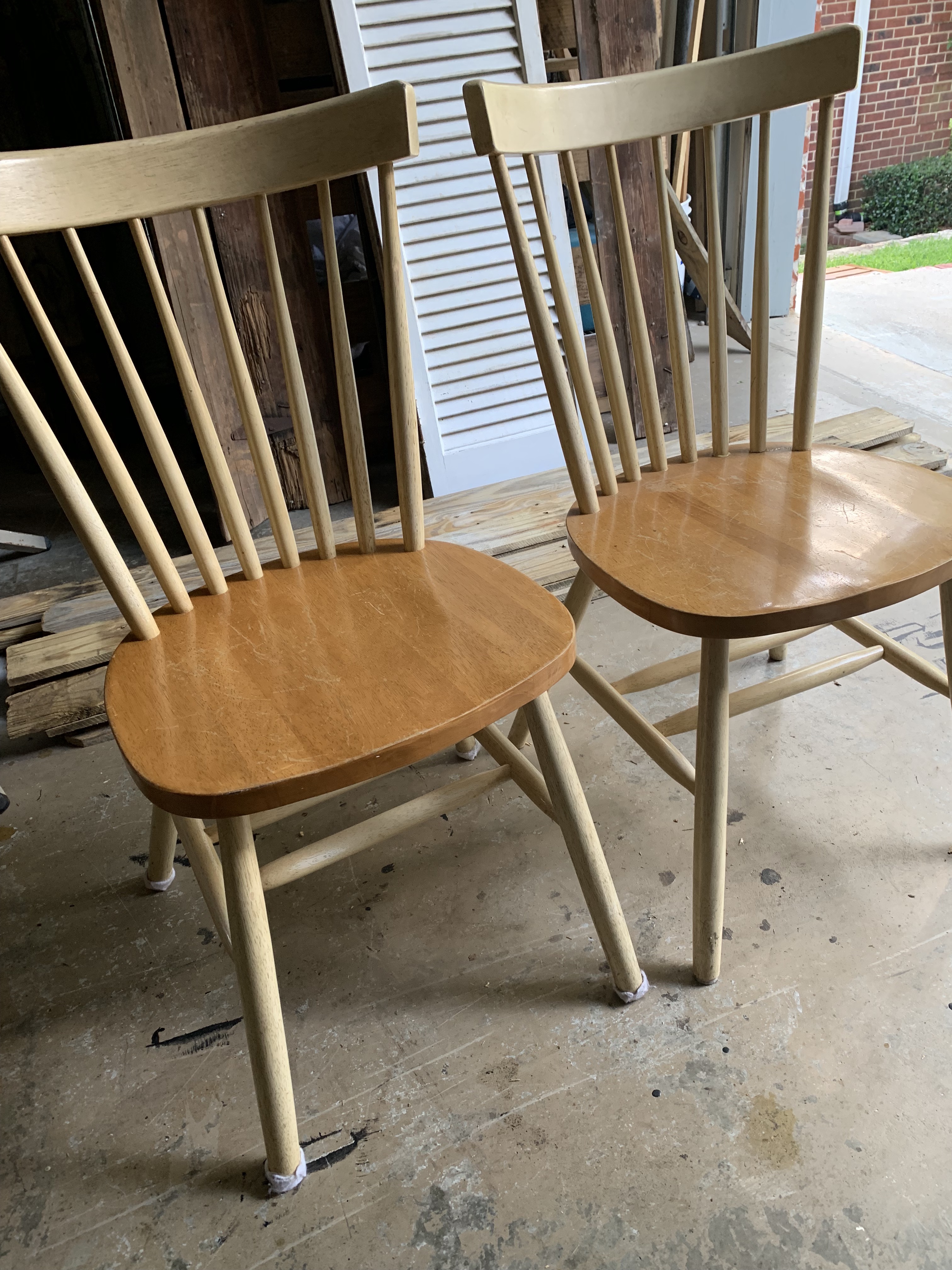 ~ for a successful oral surgery for Josh.  He has had chronic tooth issues over the years, and undergone multiple root canals, surgeries, and an implant.  His mouth has been flaring up again, causing headaches and jaw pain, so it was time for yet another surgery to remove an infected tooth, as well as some bone grafting to prepare for an eventual new crown.  Josh made it through the surgery well, and was pleasantly surprised with the custom retainer he was fitted with to disguise the missing tooth while his mouth heals.  I got to be his nurse for the day, and I will enthusiastically present him with the Worst Patient of All Time Award.  But we both survived it, and are glad he is on the path toward a healthier mouth.

~ for 2 fantastic nights at CityFest!  We’ve been hearing about CityFest for nearly 2 years, praying for it and it’s impact on our city.  But as it actually approached, I had increasing second thoughts about attending.  I knew it would be H-O-T.  I knew there would be about a bazillion people there.  It just sounded like a big ‘ole  hassle.  But Cooper really wanted to go, and he worked on me until I gave in.  We loaded everybody up, picked Dad up from work, and hoped for the best.  A bazillion people was about right!  The massive stage spanned all the way across Broadway, with jumbotrons on each side.  People were EVERYWHERE. 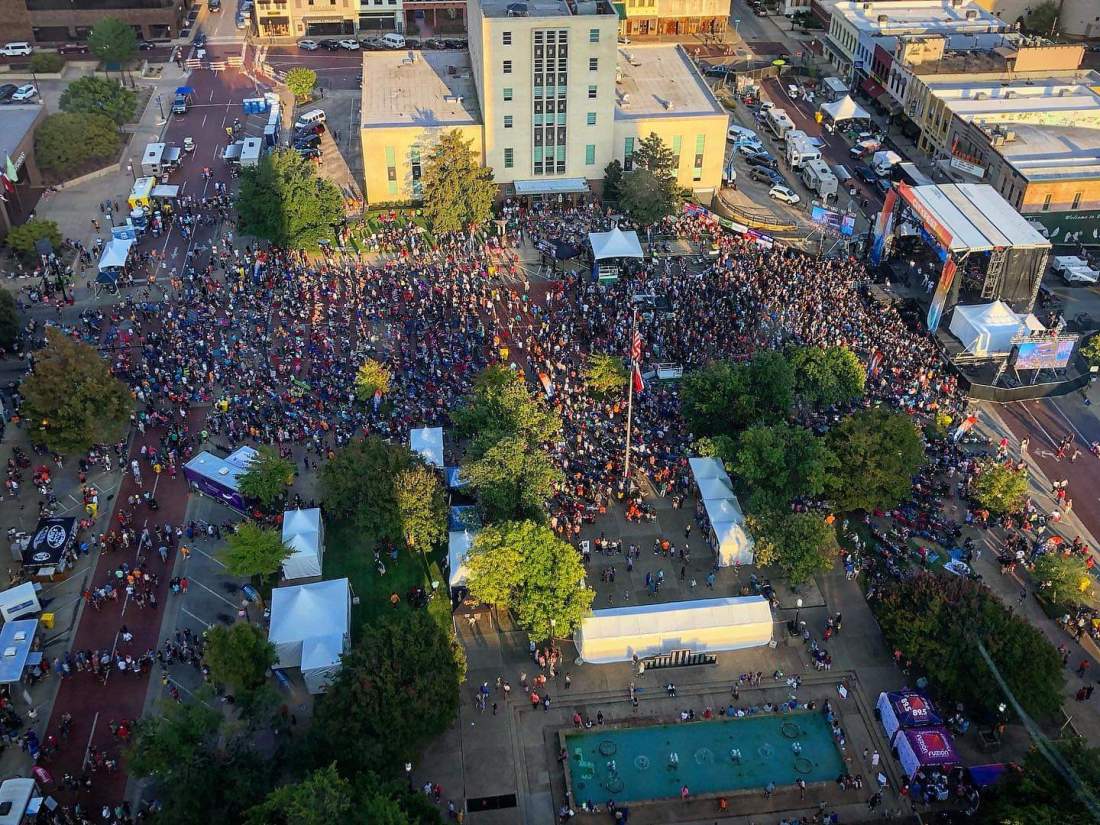 But we found  a good spot in the middle of the street, and settled in. The atmosphere was loud and lively.  The kids were excited even though they had no idea what was going on.  The concerts were top notch, Blanca, Ryan Stevenson, and Newsboys DID NOT DISAPPOINT!  It was such a great show, and the kids were all thrilled to see the artists in REAL LIFE singing songs they sing along with on the radio.  They sang and danced their hearts out!  Amazing to have such an epic event, TOTALLY FREE!  Even more amazing, it was incredible to see so many people of every color and walk of life gathered together for an openly Christian gathering.  Evangelist Andrew Palau shared his personal testimony and an encouraging message of hope.  We caught the fever, and there was no question that we would come back for the second night.  We had a great time watching Pat Barrett, Neil McCoy, and Lacrae.  What a fantastic show!  I know that hearts were touched and lives were changed at Cityfest, and I’m so thankful we got to be a part of it. 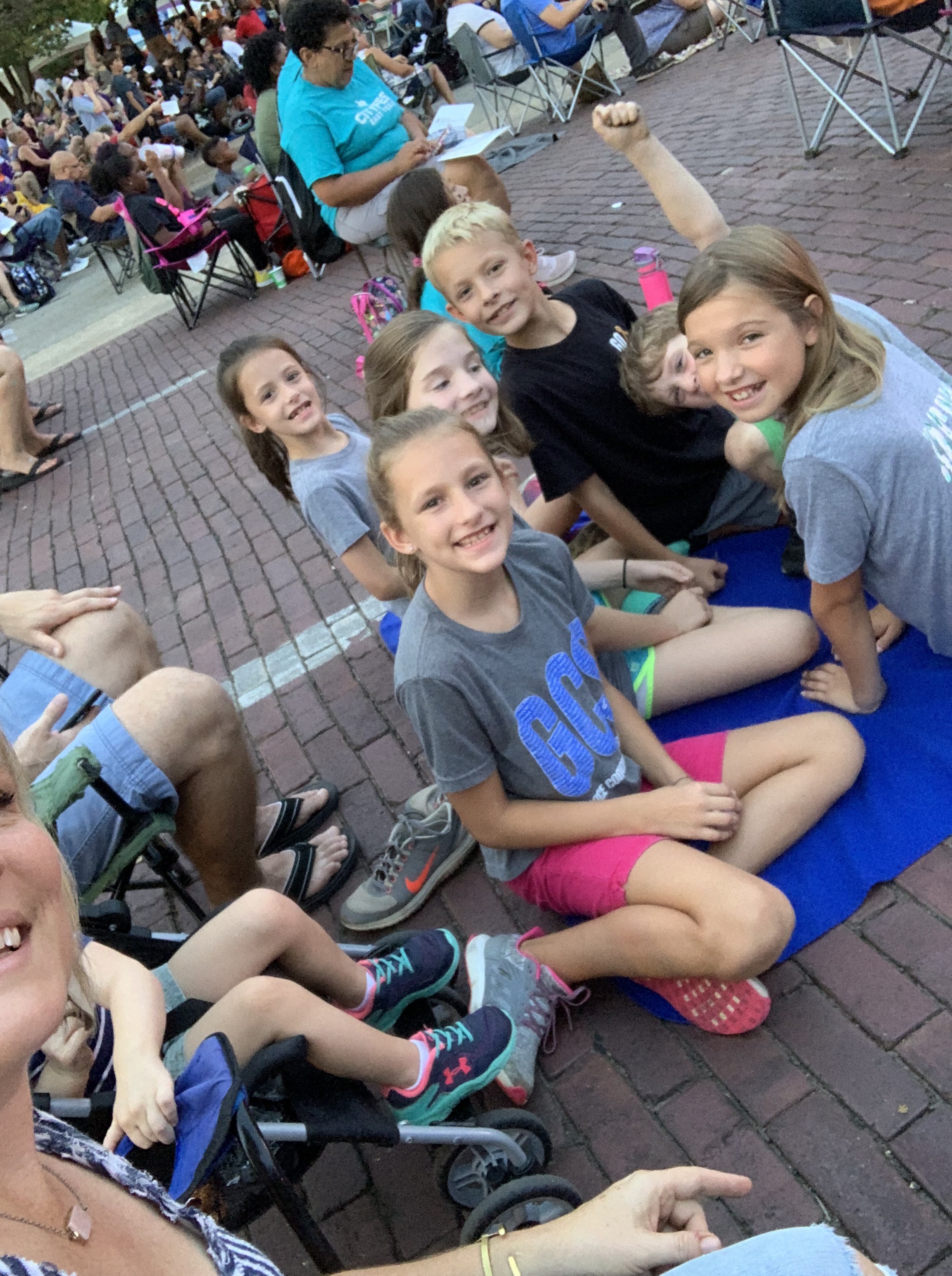 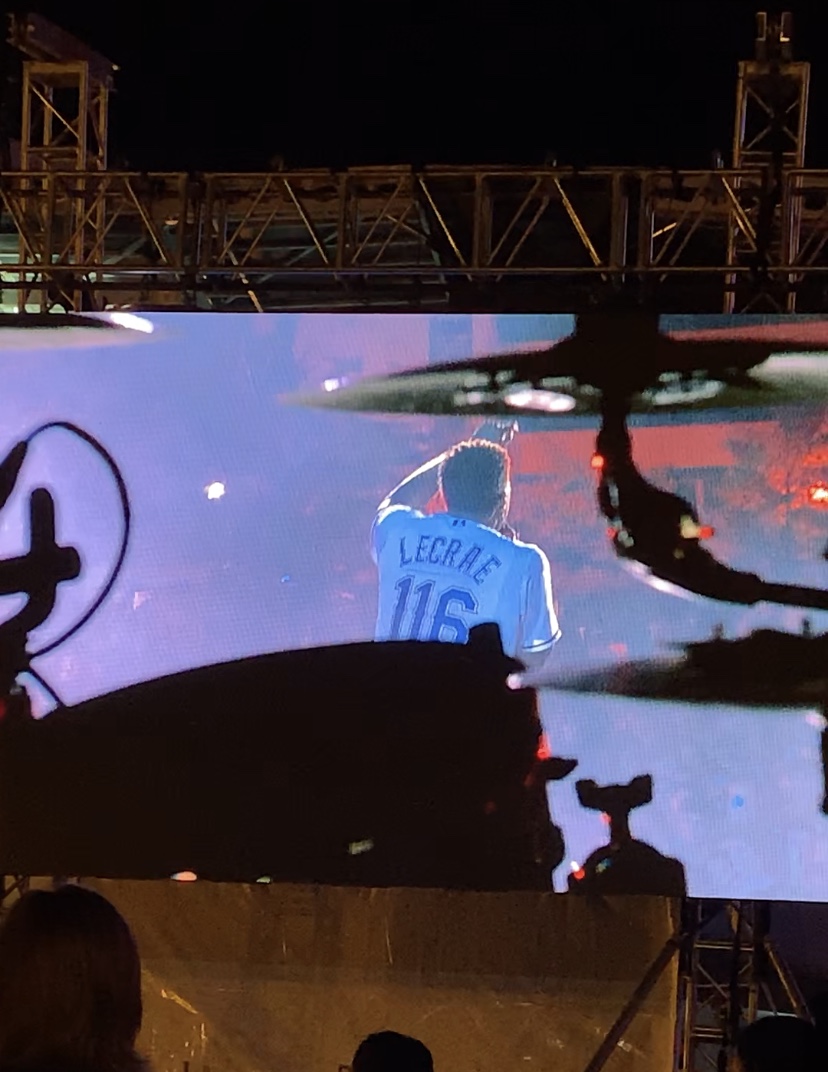 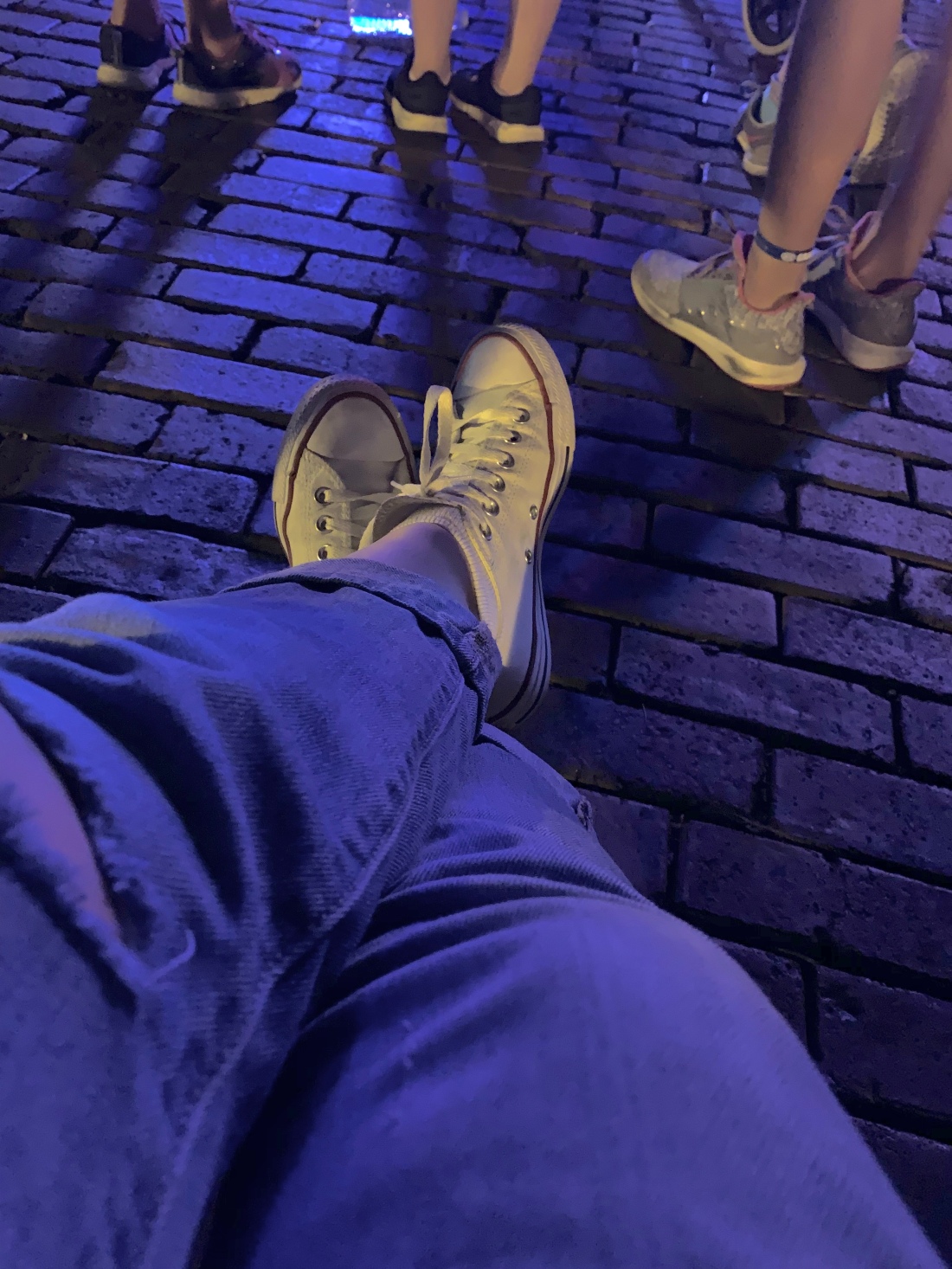 My heart is heavy with a devastating loss in our Gold Network family.  We met the Reed family in 2015 at Children’s Hospital.  Micah, a vibrant 11 year old, had just relapsed with leukemia.  He fought bravely until God eventually healed him by taking him to heaven on September 11, the day before the first Tyler Gold Run.  Micah’s mom, Sandy, continued to honor her son’s memory by pouring into others and advocating for hurting families.  Friday night, on the way home from a football game, was killed in a horrific traffic accident.  Her sister was killed also, and son Jacob and a niece were severely injured but survived.  When a dear friend notified me of the tragedy, my first thought was, “No God, WHY???!!!”  And my second thought was of the glorious reunion between Micah and his sweet Mama.  But what a hole of hurt and pain left here on earth for all the people who love her.  The Reed family’s hometown is Sulphur Springs, and this small East Texas town has risen up in a BIG WAY to rally support.  Tomorrow they are encouraging people to wear gold and blue to honor Sandy and her family. And I will include the link to a wonderful article about the community support, and how you can donate if you feel led.

Josh’s tooth trouble has gotten me thinking this week…isn’t it so strange how one tiny festering tooth can cripple you?  It takes over everything.  It’s such a nagging, aggravating pain that you can’t get away from.  One little tooth.  That’s how my week has been. It’s been a great week, full of blessings.  But I’ve been distracted by something personal, one nagging thing crippling my joy.  So my joy didn’t feel as joyful, it tasted a little flat.  The pounding of pain and worry worked its way in front of everything else, and overshadowed the beauty God tried to show me each day.  BUT GOD.  That nag, even though I did allow it to dominate, it did press me in to the Lord.  Oh the hours I spent in prayer.  I prayed when I woke up in the night, and prayers of thanksgiving were the first thing on my lips each morning.  Not because I’m so spiritual. But because I was SO DRY AND SO DESPERATE.  So what the enemy intended for evil, a nag to overshadow my joy and distract me from my blessings…God redeemed for good.  I struggled hard this week.  But I’m so thankful to say that He has already done a mighty Work in the midst of the trial, and I’m praying it was a spiritual breakthrough.  It doesn’t always work that way.  I know we have all been through trials that have persisted a whole lot longer than a week.  Sometimes we go years without seeing breakthrough. And sometimes it looks nothing like what we expected or hoped or asked for.  I am just ABSOLUTELY CONFIDENT that our Good Good Father is always at work, and never ceases the refining process when we give Him full access to our lives.  The nagging pain of trial is often a symptom of a developing habit or stronghold or stumbling block that He wants to set us free from.  What do we need to lay down?  Pride?  Anxiety?  Control?  Fear of man’s opinion?  (Pride is pretty much the root of all that, when you boil it down).   Anyway, I am ready for the week ahead.  Armed with Scripture and the protected by Armor  of God, I feel geared up, encouraged, and ready to kick the devil in the face when (not if) he comes at me.  Not this week Satan.  I will let Mighty God, the Maker of heaven and earth, overshadow me, not my circumstances.

Let’s love one another well this week.  Lift up someone who is hurting.  Life is too short to walk past someone who needs a minute of your time.  You ARE the answer to someone’s prayers.

Thanks for giving thanks with me.

“He who dwells in the shelter of the Most High Will abide in the shadow of the Almighty. I will say to the LORD, “My refuge and my fortress, My God, in whom I trust!”” Psalms 91:1-2

Just a wife and mama thankful to be saved by grace. View all posts by Heather Rucker